In 1956, the City of Alcoa purchased the electric system previously owned by Tapoco, a division of the Alcoa, Inc. For $1.8 million, the city acquired the system that served 7,139 customers. It was named the Blount Electric System.

Winfred K. West was superintendent of operations. He had already served Tapoco’s engineering department for 15 years, and he went on to retire as manager of Blount Electric in 1976. Clyde Dyer, an engineer at the Alcoa Inc. succeeded Mr. West. EW. Ostendorf, chairman and electrical engineer at Alcoa Inc., headed the Board of Directors.

Then, Blount Electric System served Alcoa and areas such as Rock Gardens, Eagleton Village and Lakemont; and rural communities such as Wildwood, Hubbard, Walland, Kinzel Springs, Mentor, Louisville and Calderwood. The rate per residential kilowatt hour was $.0132, and the average residential bill was $68.45 annually.

In 1989, a state resolution passed to dissolve the Alcoa Utilities Board and establish a new structure for the City of Alcoa and its utilities systems. In that year, the Blount Electric System’s name was changed to the City of Alcoa Electric Department, as it is still called today. The Electric Department reports to the city manager and is governed by the Board of Commissioners. 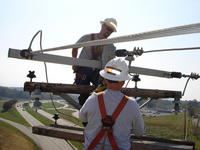 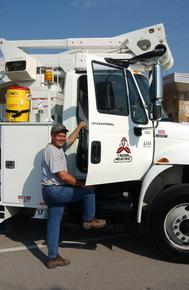