A collision between a police motorcycle and a pickup truck on Alcoa Highway, Wednesday, April 19, 2000, left an Alcoa officer in critical condition. Sgt. Tim Hunt, 31, was on patrol duty traveling south on Alcoa Highway at about 9:40 a.m. when a 1988 Chevrolet C-1500 pickup truck pulled out of Singleton Station Road in front of the officer. Hunt was taken to the University of Tennessee Medical Center where he was listed in critical condition.

On April 20, 2000 Sgt. Tim Hunt passed away from injuries sustained in the accident. 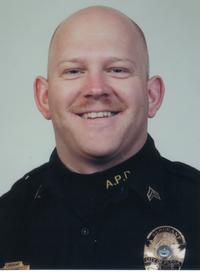 Lt. Glen Giles of the City of Alcoa Police Department passed away as a result of a heart attack on July 3, 1987. Lt. Giles, 46, had been employed by the City of Alcoa Police Department for almost 15 years. He was answering a public drunkenness call at approximately 12:00 p.m. on July 2, 1987 on Alcoa Highway near North Wright Road. When a backup officer arrived minutes later, Lt. Giles was informing the subject that he was being arrested for public drunkenness. The subject became noncompliant and was resisting arrest. Lt. Giles, along with the other officer, had to take the arrestee down in order to handcuff him to be taken to jail. After putting the arrestee into the police cruiser, the other officer noticed that Lt. Giles was breathing very heavy and had placed his hand over his chest as if something was wrong. 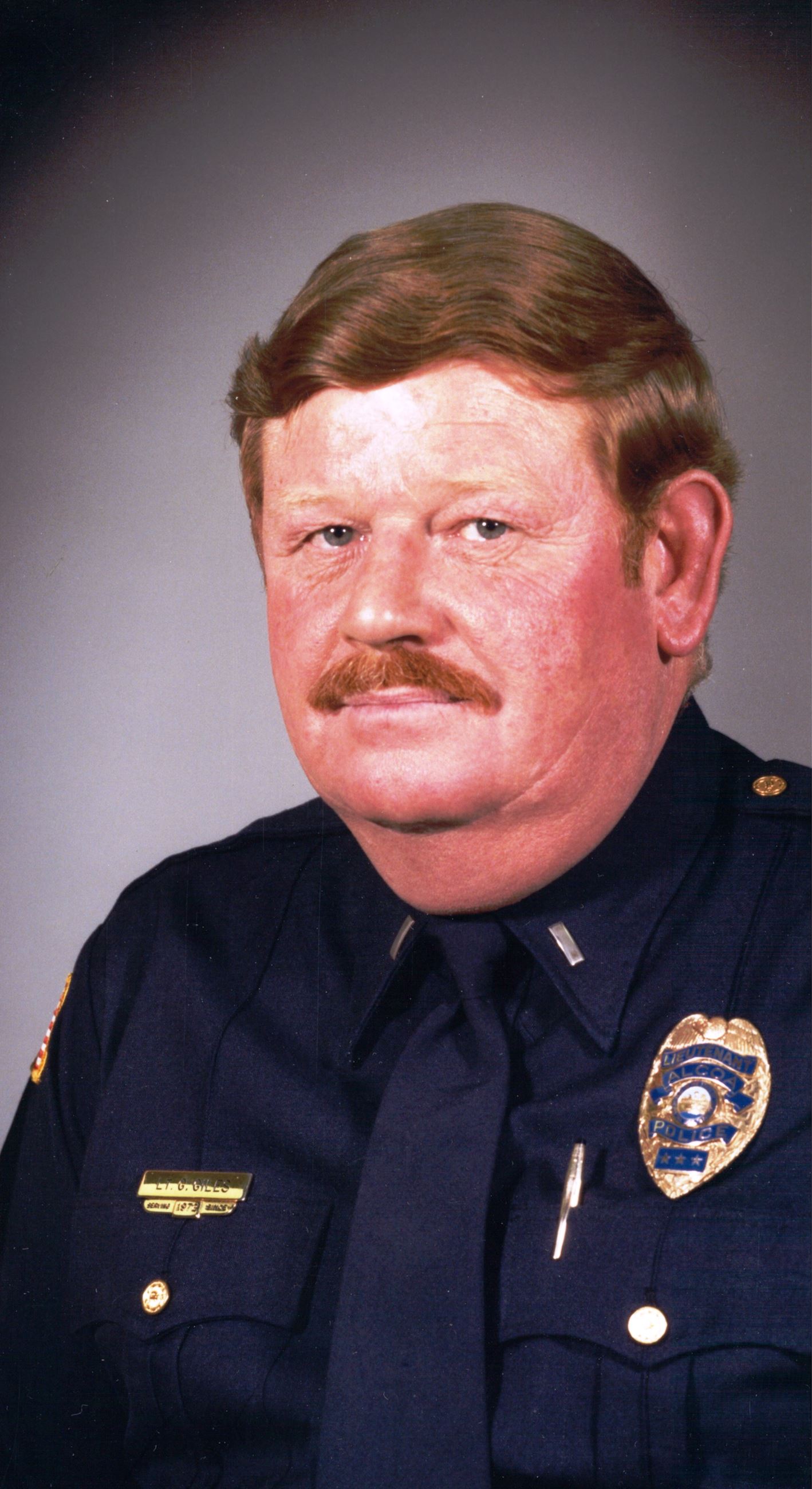 At approximately 1:00 a.m. earlier the same day, another officer had spoken with Lt. Giles who exhibited no signs of feeling bad. A Maryville-Alcoa Daily Times article dated July 3, 1987 stated that Lt. Giles had supper with a fellow officer and complained of having chest and arm pains. At the end of his shift at 2:00 a.m., Lt. Giles failed to report to the office and a search began. Lt. Giles was found sitting in his cruiser, deceased, with the motor running as if he was waiting to respond to a call.

Lt. Giles began his law enforcement career with the City of Maryville Police Department and the Blount County Sheriff’s Office. He was a veteran of the U.S. Marine Corps, and a member of Unitia Lodge No. 295 F&AM in Friendsville, the Maryville Chapter No 186 Royal Arch Masons, and the Price Council No. 103 Royal and Select Masons. Lt. Giles was also a member of Foothills Lodge No. 9 Fraternal Order of Police. He was survived by his wife, Connie Bledsoe Giles, daughter, Kristie, and sons, Brian and David.

Officer Fred Guffey, 33-year old Alcoa policeman, was shot and killed on August 31, 1952 by 28-year old Mitchell (Jack) McKinney, an ex-convict, after the officer attempted to arrest McKinney on a charge of possessing moonshine whiskey. Officer Guffey had been an Alcoa officer less than a year when he was killed. Guffey was a veteran of 13 years in the Army. During the war, he served with an anti-aircraft unit in the Pacific.

Officer Guffey was working alone when arresting McKinney, when McKinney threw a jar of whiskey on the ground and grabbed the officer’s pistol from its holster and shot him. He then fired a second bullet which missed the policeman. The bullet which took the young policeman’s life entered his right breast, ranged upward and struck his jugular vein. 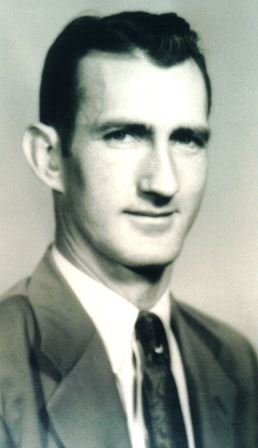 Immediately after the shooting, McKinney fled with Guffey’s pistol to a home on Fulton Street, where he attempted to borrow a car. He was refused admittance and fled again taking refuge in a coal bin in the neighborhood.

City of Maryville Policeman C.C. Byrd was the first to answer the emergency call in Alcoa. He arrived about two minutes after the first radio report. Guffey was taken by ambulance by Blount Memorial Hospital where he was pronounced dead on arrival.

At that time, the most extensive manhunt in Blount County history was launched to attempt the capture of the fugitive. Within the hour, a dragnet was organized involving more than 50 uniformed men. This included 20 highway patrolmen and personnel of the Alcoa, Blount County and Maryville law enforcement agencies. Police checked every taxi call during the day to make sure that McKinney was not attempting to flee. During the search, two airplanes were used to scout the wooded area where McKinney was thought to be. In addition, scores of armed civilians joined in the search. While roadblocks were set up at all highway exits from Alcoa, searchers with bloodhounds from LaFollette closed in on the wooded area near the scene of the shooting. During the course of the search, numerous tips were received that McKinney had been spotted. The “pay off” tip came in that McKinney had been seen entering a church basement of a local Presbyterian church about one block from the shooting site. Eight hours later, McKinney was located in the church basement by officers and captured. He then told an officer where he had hidden the policeman’s gun.

In December of that year, Mitchell (Jack) McKinney was charged with fatally shooting Fred Guffey and pleaded guilty to first-degree murder.

On May 18, 1937, approximately 2900 American Federation of Labor workers at the Aluminum Company of America (ALCOA) Fabricating Plant in Alcoa, Tennessee walked out due to grievances regarding pay. ALCOA closed the doors to the plant and strikers went home. Alcoa City Manager V.J. Hultquist was authorized and directed by Mayor George U. Thompson to take necessary steps to increase the present police force and any other steps necessary to preserve order and to protect lives and property within the city.

On July 7, 1937, during the eighth week of the strike, it was announced that the plant would reopen around 1:00 p.m. Tension 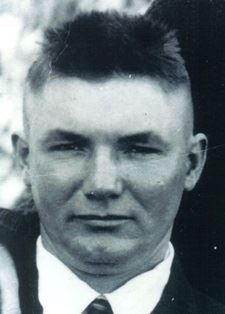 soon mounted on the picket line when a truck carrying workers passed through the line at 12:15 p.m. The picketers, determined this would not happen again, approached, stopped and pushed back a second truck that attempted to enter at 12:30 p.m. despite the efforts of the guards trying to stop them. This increased hostility soon led to a skirmish between the picketers and officers armed with clubs and sticks.  The police retreated to their vehicles to retrieve their firearms.

Police Chief Arthur Lively arrived on the scene after receiving a call that the picketers had rushed the officers. Lively reported gun shots being fired directly at him and Officer William J. Hunt.  The shots continued for five to ten minutes from both sides. Three men continually fired directly at Lively and Hunt resulting in Hunt being fallen by shot near Lively.  Hunt died that night from a gunshot to the abdomen.  This riot not only took the life of Hunt, but also that of a picketer and caused injuries to many other officers and picketers.  On July 8, 1937, City Manager V.J. Hultquist reported in an open session of the commission that a number of officers had been injured and one fatally shot during this shooting.